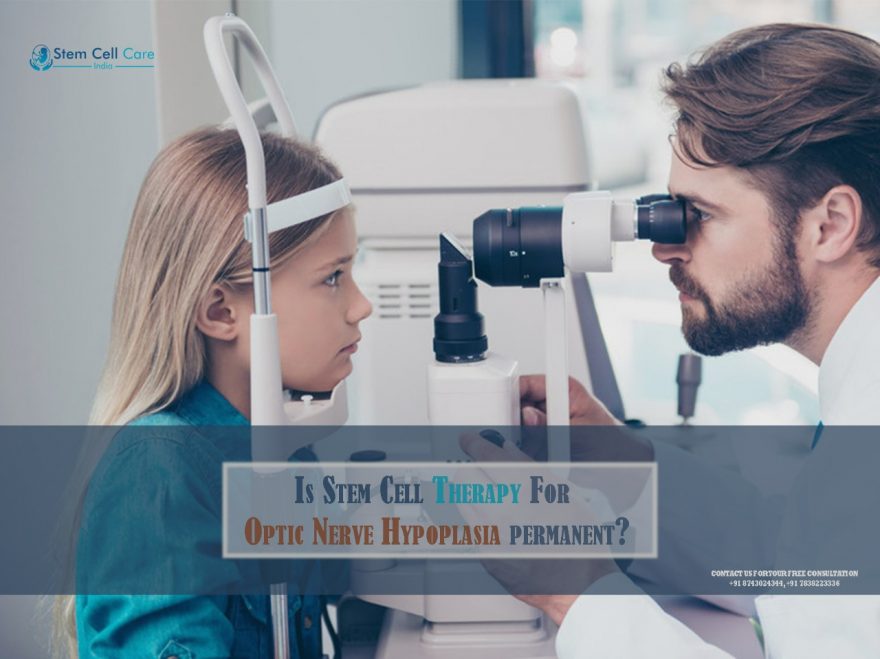 Optic nerve hypoplasia is a congenital disorder characterized by the underdevelopment of the optic nerves. Optic nerves are responsible for transferring impulses from the nerve membranes present in the eyes into the brain. Most people with ONH would have abnormal eye movements, known as nystagmus. Vision in patients suffering from such conditions would range from no light perception to good functional vision or even full vision in one eye.

Children suffering from ONH are often found to have brain malformations and pituitary problems. Abnormalities might include hypoplasia of the corpus callosum, underdeveloped nerve fibers in any other location and abnormal migration of neurons to the surface of the brain.

Optic nerve hypoplasia is present in kids at birth, but since their vision is not as developed as of adults, symptoms are only visible during childhood. In some cases, newborns may have nystagmus, uncontrollable blinking and shaking of the eyes. As has been witnessed in many cases, children born with an underdeveloped optic nerve also have an underdeveloped hypothalamus. Since the hypothalamus is a part of the brain that coordinates the endocrine system, which controls hormones nervous system. Hypothalamus is responsible for keeping the body in homeostasis and manages the body’s intrinsic level of blood pressure, hunger, body temperature, thirst and sleep. Therefore, children born with underdeveloped optic nerves and hypothalamus may experience issues in the developmental years.

Further along, the life, children with such disabilities might develop issues with their pituitary gland, which can lead to a range of symptoms such as

Optic nerve diseases are complicated to administer any kind of treatment to; the difficulty is mainly because there are a number of pathophysiologic mechanisms that can lead to retinal ganglion cell impairment or death, or damage. Compression, ischemia, inflammation trauma and hereditary neuronal and mitochondrial diseases are some of the most prominent causes behind optic nerve dysfunction.

According to research conducted, mesenchymal cells have showcased significant neuro-protective effects in preclinical models of glaucoma. According to other research, MSC from the trabecular meshwork and conjunctivae have produced photoreceptor-like cells. In addition, BMSC transplantations can increase ganglion cell survival in animal models of transient ischemia. And with further researches, improved survival has also been demonstrated in an ocular hypertension model.  For stem cell therapy in India Stem Cell Care India are one of the most prominent service provider which can help in improving the conditions as well as the symptoms present.

In several cases, Optic nerve hypoplasia has been noted in conjunction with various other problems, such as