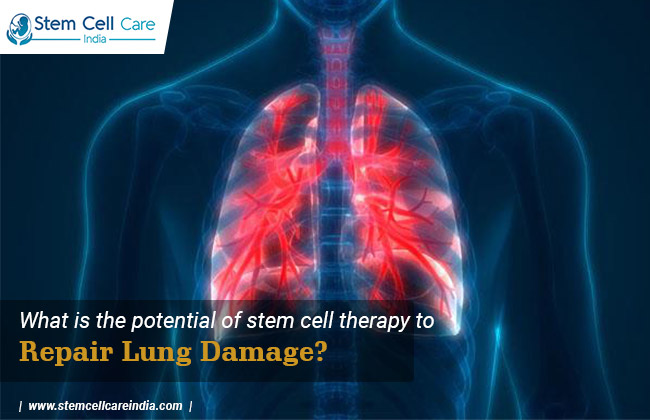 Stem cell therapy can potentially lessen lung damage instigated by chronic inflammation in disorders such as chronic obstructive pulmonary disease (COPD) and cystic fibrosis, research from a pre-clinical trial has revealed. In the study, the researchers scrutinized the efficiency of mesenchymal stem cell (MSC) therapy in a mouse model of chronic inflammatory lung disease, which can result in abridged lung function and ultimately respiratory failure.  The outcomes exhibited that inflammation was considerably reduced in the group getting MSC therapy. The initial findings demonstrate the potential efficiency of MSC treatment as a means of overhauling the mutilation caused by chronic lung diseases such as COPD.

Investigation of lung tissue publicized reduction in inflammation in the lung and substantial improvements in lung structure, signifying that this form of treatment has the potential to overhaul the impaired lung, the researchers said. Mesenchymal stem cell (MSC) therapy is presently being investigated as a promising therapeutic methodology for numerous incorrigible, degenerative lung ailments. The aptitude to offset inflammation in the lungs by using the combined anti-inflammatory and reparative properties of MSCs could possibly diminish the inflammatory response in folks with chronic lung disease while also reinstating lung function in these patients. This is potential of stem cell therapy to repair lung damage.

What are the Causes of Interstitial Lung Disease to Know About?
How to Fix the Problem of Nerve Damage With Stem Cell Therapy?