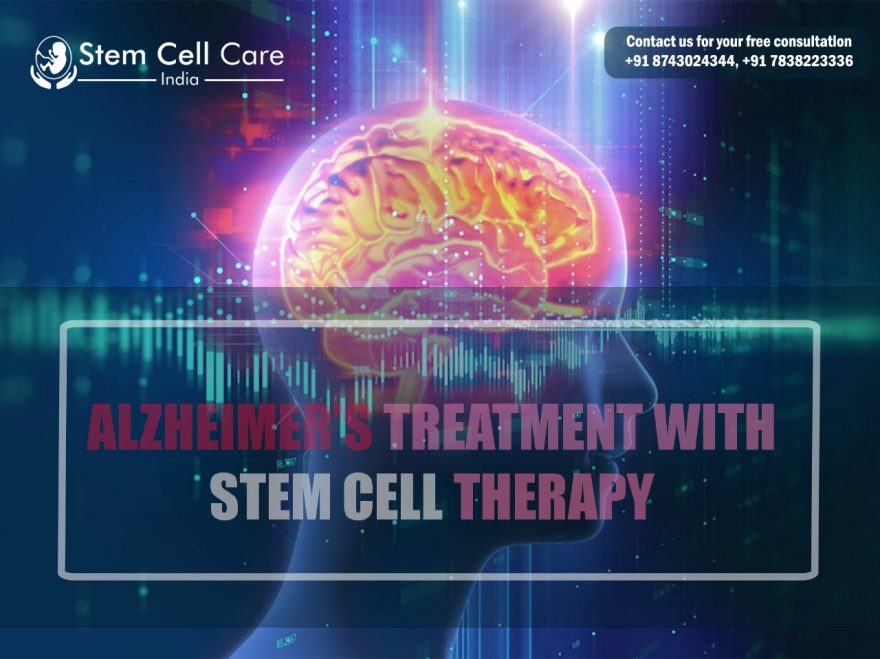 Alzheimer’s is a deadly disease which can leave your very last years to be that of utter destitute, while researchers are hard at work trying to find a holistic cure for the problem and try to find the best possible way to include Stem Cell Therapy to help patients in the neurogenesis of the disease. Still, if you are seeking help or supervision to help a case of Alzheimer’s and early onset dementia, Stem Cell Care India and its profound services can help you along greatly. Their support therapies and other treatments can help you win the battle against dementia and Alzheimer’s.

To help you choose a plausible solution for Alzheimer’s, we have developed a list of some of the most prominent ways the progression of early-onset dementia can be stopped.

While researches are still being conducted to find out whether the disease can be completely cured by Stem Cell Therapy or not, various models have been developed based on the research done on animals, and successful neurogenesis has been one of the most difficult aspects of the whole process. It’s possible that over time researchers might find a plausible way to help the progression of Alzheimer’s in people. Stem cell therapy can cure a lot of ailments considering that stem cells are some of the most virile cells available in the body, which can differentiate and help in developing the cells which have been damaged by a disease or injury. But even here, the possibility of the cure depends upon how early the disease was identified and the health conditions of the patient.

According to recent research, taking 2000 international units daily may help delay the progression in people with mild to moderate disease. According to the study, several cases reported modest benefits. In addition, these supplements can be complemented with the medication being taken for Alzheimer’s and help the patient by restricting the progression of the disease.

A herb with anti-inflammatory and antioxidant properties positively affects the brain’s chemical process. While this has been a cure used for years and years under alternative medicine, its benefits have not been resounding, according to medical sciences.

The artificial supplement of the hormone produced by the body is responsible for regulating sleep. According to a recent study, managing sleep in people with dementia has proven beneficial. Further research is being conducted to establish the use of melatonin to help the early onset of dementia and Alzheimer’s.

Stem Cell therapy could be the holistic approach which can bring changes to Alzheimer’s for the betterment of the patients. But as stunted research have recorded, neurogenesis has been one of the toughest objectives to achieve success in. a patient suffering from Alzheimer’s can also be helped with Stem Cell Therapy India whose supportive therapies such as physical therapies and other activities can help the declining health of patients suffering from Alzheimer’s. as of now physical therapies, medications to help the progressing dementia and therapies as well as medication to reduce the inflammation of the brain remain to be the most viable options. 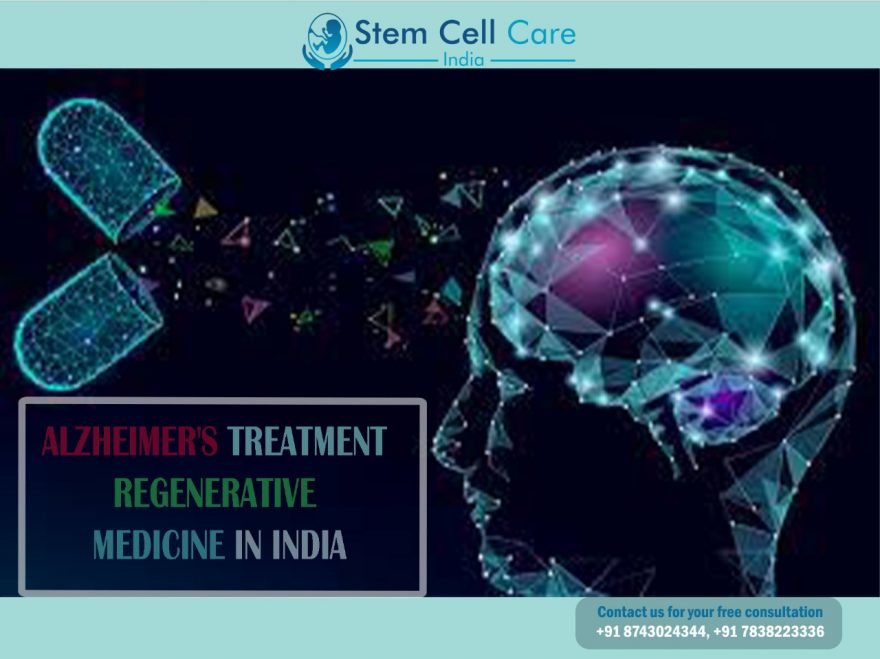 Alzheimer’s disease is a Progressive Neurological disorder that causes the brain to shrink and brain cells to die, bringing a decline in the ability to think and logically stipulate happenings. The disease is one of the most prime reasons behind dementia. A continuous decline in thinking, behavioral and social skills affects a person’s ability to function independently.

To ensure that you recognize the emergence of the disease in its early stages, here are a few signs and symptoms people with Alzheimer’s showcase.

Occasional memory loss can be ignored, but if memory loss persists and worsens over time, it is possible that it is due to Alzheimer’s. People with Alzheimer’s generally

The disease also causes difficulty in concentrating and thinking about abstract concepts. Multitasking becomes hard for people suffering from the disease, who generally fail to handle their finances.

Routine activities which require sequential steps, such as cooking and planning or playing a favorite game, becomes a struggle for people suffering from alzheimer’s. They often forget how to perform basic steps and tasks.

Change in Behavior and Personality

Brain changes in Alzheimer’s can affect mood behavior and might include Depression, Apathy, Social Withdrawal, mood swings, distrust in others, aggressiveness, and loss of inhibitions. Delusions of personal effects are being stolen. Certain signs, such as forgetting the names of family members, can be a tipping point beyond which medical supervision becomes necessary. If similar symptoms are visible in any of your loved ones, undertake medical supervision as soon as possible.

Because stem cells are like those present in cord blood and cord tissue, they have been shown to promote anti-inflammatory benefits; hence, researchers pertain to a solemn belief that the therapy could effectively treat alzheimer’s. In 2018, researchers were able to spur the creation of cholinergic-like neurons from cord tissue stem cells when cultured with a Cholinergic-N-Run medium for up to 7 days. The dysfunction and loss of cholinergic neurons are believed to lead to a progressive decline in learning and memory performance in people with Alzheimer’s. The study gives researchers hope for the future direct replacement of these lost cells.

Medications that work other than stem cell therapy are

These drugs boost cell-to-cell communication levels by preserving a chemical messenger depleted in the brain by Alzheimer’s disease. These are usually the first medications tried, and most people see modest improvements in symptoms with these drugs.

This drug works in another brain cell communication network and slows the progression of symptoms with moderate to severe alzheimer’s disease. The drug is often used in combination with a cholinesterase inhibitor. 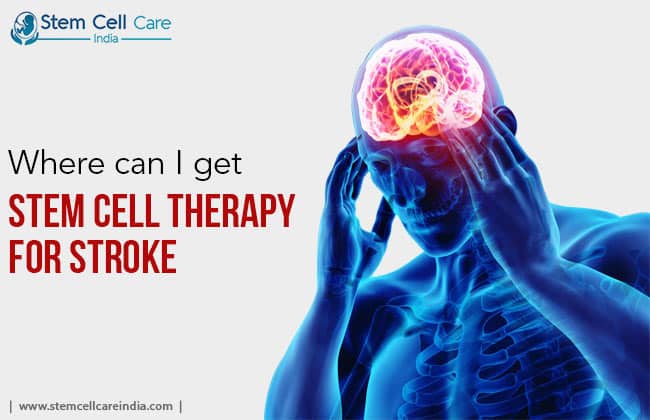 How Can Stem Cells Act As A Boon For Stroke Patients?

Adult stem cells therapy is used to cure stroke, Alzheimer’s disease, motor neuron disease, Parkinson’s disease, etc. The cells that are used are from our own body as other cells might be forbidden by our body. They can be considered as our body’s reparation kit. Since our body overhauls itself continuously, when we are struggling with some degenerative ailments, our cells can no longer create at a speed that they should be. A healthy body necessitates an optimal level of immune system. Consequently, if your immune system is feeble, your body will not be able to guard itself from ailments. Stem cells therapy is said to be advantageous to cure stroke. For those who do not know, a stroke is a medical complaint where blood does not reach the brain because of the manifestation of clots. If not cured instantaneously, it can result in severe medical disorders. Some of the signs of stroke are cited below:

What is stroke stem cell treatment?

Stroke stem cell treatment encompasses the procedures and techniques that use stem cells to treat the stroke patients. Stem Cell Care India is one of the most distinguished organizations that offer medical help and backing for the treatment of stroke via stem cell therapy. Stem cell therapy for stroke patients can be tremendously effective as a form of treatment. The brain impairment suffered by a patient during a stroke can be very damaging to him. Stem cell therapy can help improve the performance of his brain and other succeeding motor actions, thoughts and speaking. Stroke stem cell therapy, accompanied by medicine, can help the patient enormously with recovery and restoration. Stem cell therapy helps replace a person’s compromised and exhausted cells with new, functioning cells. When these stem cells are mined from the patient himself, there is no risk of his body rebuffing the cells. The new stem cells make their way to the impaired tissues and repair and replace the deceased or lost cells, therefore, helping the patient to recuperate from the destruction of brain cells befallen during a stroke. Stem cell stroke treatment can discharge cytokines and trophic factors. These are tremendously useful in halting further impairment of brain cells and improving blood supply to the brain. As strokes are caused because of blood not being able to reach the patient’s brain owing to clots, generation of new blood vessels and augmented supply of blood can be tremendously advantageous for the brain and other organs. The cytokines and trophic factors also help in revival of neurons in the affected zones.

Therefore, the extensive recent meta-analysis ratifies that stem cell therapies offer impressive promise, through statistically noteworthy improvement in both sensory and also motor outcomes, in patients struggling with stroke or spinal cord injury.  Stem cell therapy is unquestionably the finest available therapeutic solution for numerous degenerative illnesses that had no treatment alternatives using conventional medicine; but scientists will be able to control the variables stated here within couple of years. Research on how stem cells can be used for restoring impaired brain tissues is enticing lots of attention, as this can turn around infirmity of individuals and can be a defining moment for stroke treatment. Stem cell therapy research is not just concentrating on replacing impaired brain tissues but it targets at averting impairment at the very first phase only. Millions of individuals die as a consequence of stroke and the survivors generally lose their aptitude to move and even perform everyday chores by themselves.

Until now, the probabilities of enduring a stroke and further stroke treatment depends how rapidly a patient gets medical attention. However, proffering medical support within minutes is not always possible, so patients are administered with customary treatment alternatives. Rigorous physical therapy is administered to help recuperate lost functionalities of the body, but still there is no comprehensive stroke treatment option for restoring the cells of the brain, which expired owing to the stroke. However, with stem cell therapy this problem can get a perpetual solution, as this type of therapy aims to replace impaired cells and put healthy cells in their place, so that the affected portion can function routinely, or at least the impairment done is diminished to improve condition of the patient. The process for stem cell treatment for stroke patients is very rapid and simple. It is also not very dangerous and is a brilliant option for treatment and retrieval for stroke patients. If you are wondering where can I get stem cell therapy for stroke, the best place is Stem Cell Care India.