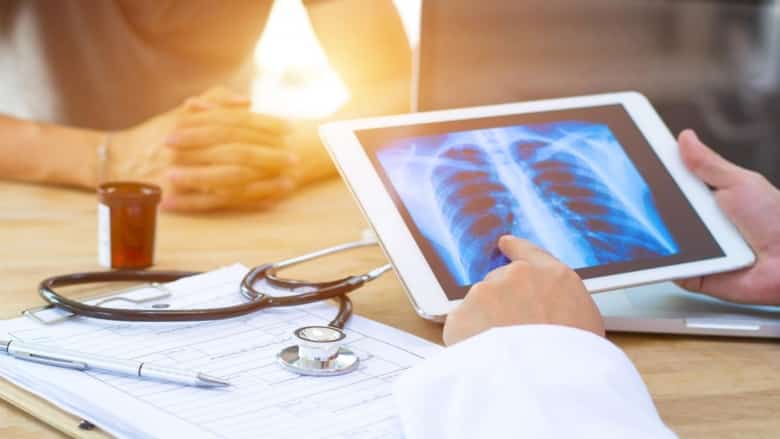 A crew of scientists from the UNC School of Medicine and North Carolina State University (NCSU) has developed encouraging research towards a possible stem cell treatment for numerous lung conditions, such as idiopathic pulmonary fibrosis (IPF), chronic obstructive pulmonary disease (COPD), and cystic fibrosis – often-fatal conditions that affect tens of millions of Americans.

In the journal Respiratory Research, the scientists validated that they could yield lung stem cells from individuals using a comparatively non-invasive, doctor’s-office method. They were then able to bourgeon the harvested lung cells in the lab to harvestadequate cells enough for human therapy. In a second study, printed in the journal Stem Cells Translational Medicine, the crew showed that in rodents they could use the same kind of lung cell to positively treat a model of IPF – a chronic, irreparable and eventually fatal disease characterized by a progressive deterioration in lung function. The researchers have been in deliberations with the FDA and are formulating an application for a preliminary clinical trial in patients with IPF. ”This is the first time anybody has generated possibly therapeutic lung stem cells from plainly invasive biopsy specimens,” said co-senior author of both papers Jason Lobo, MD, an assistant professor of medicine at UNC and medical director of lung transplant and interstitial lung disease.

Co-senior author Ke Cheng, PhD, a subordinate professor in NCSU’s Department of Molecular Biomedical Sciences and the UNC/NCSU Joint Department of Biomedical Engineering, said, “We think the properties of these cells make them possibly therapeutic for a catholic variety of lung fibrosis diseases. ”These sicknesses of the lung encompass the accumulation of fibrous, scar-like tissue, typically because of chronic lung inflammation. As this fibrous tissue substitutes working lung tissue, the lungs become less able to transfer oxygen to the blood. Patients eventually are in jeopardy of premature death from respiratory failure. In the situation of IPF, which has been related to smoking, maximum patients live for fewer than five years after diagnosis. The two FDA-approved drug treatments for IPF reduce symptoms but do not stop the underlying disease course. The only effective treatment is a lung transplant, which carries a high death risk and encompasses the long-term use of immuno suppressive drugs.

Scientists have been reviewing the alternative option of using stem cells to treat IPF and other lung fibrosis diseases. Stem cells are immature cells that can multiply and turn into adult cells so as to, for instance, repair injuries. Some kinds of stem cells have anti-inflammatory and anti-fibrosis properties that make them predominantly attractive as potential treatments for fibrosis diseases. Cheng and Lobo have fixated on a set of stem cells and support cells that exist in the lungs and can be dependably cultured from biopsied lung tissue. The cells are called lung spheroid cells for the distinctive sphere-like structures they form in culture. As the scientists stated in an initial paper in 2015, lung spheroid cells revealed powerful regenerative properties when applied to a mouse model of lung fibrosis. In their therapeutic activity, these cells also outstripped other non-lung-derived stem cells known as mesenchymal stem cells, which are also under analysis to treat fibrosis.

In the first of the two new studies, Lobo and his group exhibited that they could get lung spheroid cells from human lung disease patients with a comparatively non-invasive process called a trans bronchial biopsy. In the second study, the researchers first induced a lung fibrosis condition in rats. The condition meticulously resembled human IPF. Then the researchers vaccinated the new cultured spheroid cells into one group of rats. Upon studying this group of animals and another group cured with a placebo, the researchers saw healthier overall lung cells and considerably less lung swelling and fibrosis in the rats treated with lung spheroid cells.